As we celebrate the birth anniversary of Jesus of Nazareth, at a time when judgement seems impending, one is only left with one’s memories of yesteryears of this holiday season to cherish this year.

One of the most awaited for celebration, Christmas has wavered from the festive trends that had so elegantly become tradition, due to the pandemic. As the world is adjusting to circumvent the obstacles born as a result of Covid-19, investing time and money in the things that bring joy seem to have gained more significance, (no one is judging anyone). However, conjuring happiness through materialistic goods has been always a thing and companies use it to sell products and services, with festivals being their jackpot.

Over the past few decades, companies have capitalized and commercialized Christmas and the week that follows. With companies pushing their brands, on the grounds of how relatable they are to the holiday, no expense is spared to bring in consumers for their products. This aspect of the holiday has become ever so popular, which is both competitive and entertaining, but with business comes bizarreness. So, let’s look at some very bizarre inventions, shall we?

In the early twentieth century, Santa Claus wasn’t the rosy faced, fat dressed man in red we all know. In fact he was quite spooky! Once he started to appear in Coca Cola ads, it was high time he had a makeover. The company commissioned Haddon Sundblom to do the deed and now that is how we got our Santa dressed in Red like the company’s logo, a Coca Cola chugging Santa.

In Japan, KFC is a huge deal on Christmas day. In 1974, KFC took the marketing plan national, calling it “Kurisumasu ni wa Kentakkii”, or Kentucky for Christmas. Prior to this, there was no tradition of Christmas in Japan, and so when KFC came in and said  that this was what you should do on Christmas, it quickly became a national tradition. It may seem odd anywhere outside Japan, but millions of Japanese would never let a Christmas go by without Kentucky Fried Chicken.

Rudolph the Red-Nosed Reindeer was born out of a department store marketing assignment, when the Chicago-based department store, Montgomery Ward wanted to pass out free coloring books to children during the holiday shopping season of 1939. Copywriter Robert L. May was tasked with writing a poem to go in the booklets. Remembering his daughter’s love for the deer at the Lincoln Park Zoo, May invented for the subject of his book a little reindeer with a shiny nose. And, this invention has made Rudolph, a household name.

Prior to the mid 19th-century, people sent private notes wishing Merry Christmas. Christmas Cards appeared in the United States of America in the late 1840s, but were very expensive and most people couldn’t afford them. In 1875, Louis Prang, a printer who was originally from German but who had also worked on early cards in the UK, started mass producing cards so more people could afford to buy them. Cards became the prominent part of greetings in the late 19th century and is now a multi million dollar industry with more than 1 billion cards exchanged on Christmas evening and in the subsequent week.

From Rudolph to Santa Claus to some of the most quintessential decorations, a mix of both tradition and business has shaped how we experience Christmas. Everyone seems to understand how big of a celebration this is to many around the world and so companies have used this opportunity to jump boost sales for many years now. At the same time, they have set trends that were never heard of, but practiced and followed for years.

Though family gatherings and big crowds on streets were the norm during Christmas, we have to avoid the same this year due to the ongoing Covid pandemic. As said by public health experts, “Choose to keep chairs empty at the holidays this year or risk having them empty for years to come.” So stay home to stay safe and enjoy this Christmas, cherishing what matters. 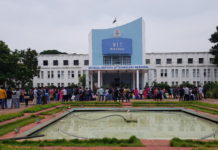 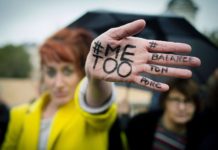 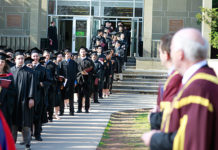