India is an agriculture-driven country. The existence  of farming in our mythology and Vedas, make agriculture an integral part of our culture. As agriculture contributes to a whole 16% of the total GDP, it becomes the duty of the government and its people to look after the farmers and respect their needs.

The Indian agricultural system was mainly under the control of local and foreign traders, alike. Farmers sold their crops to traders as they had no access to the market.

The Agriculture Produce Market Committee (APMC) act was passed to abolish the traders’ supremacy and control over the farmers in 2003.

Despite being the source of living for many, agriculture in India still remained inefficient in terms of utilization of natural resources and poor cost-benefits to the producer. The President of India Ram Nath Kovind gave his assent to the three ‘Agricultural Bills’ in September 2020, which were earlier passed by the Indian Parliament.

The 3 Agricultural bills passed were:

1) The Farmers Agreement of Price Assurance and Farm Services Act,

This act allows setting up a mechanism for the farmers to sell their farm produce outside the APMCs. It aims to facilitate remunerative prices through competitive alternative trading channels. Farmers will not be charged anything for the sale of their produce under this Act. Any licence-holding trader can buy the produce from the farmers at mutually agreed prices. The Government believes that this will open more doors to the farmers, reduce marketing costs and help them receive better prices.

On the contrary, the farmers fear that it may eventually end the MSP-based procurement system and may lead to exploitation by private companies. States will lose revenue as the farmers will no longer have to pay the ‘mandi fees’. Commission agents will be at a loss if the entire farm trade moves out of mandis.

2) The Farmers Agreement of Price Assurance and Farm Services Act, 2020:

This legislation provides the farmers to do contract farming and market their produce freely. This entitles them to the sale of future farming produce at a price that is accepted by both parties prior. It creates a national framework for contract farming. The written farming agreement lists the terms and conditions for supply, quality, grade, standards and price of farm produce and services. This act seeks to reduce the risk of market unpredictability and boost the farmers’ income by reducing the cost of marketing.

But on the contrary, the lack of bargaining power of farmers with big companies is a major concern. The farmers believe this would give an edge to private companies, corporates, exporters and may also weaken their negotiation power.

The law seeks to remove commodities like cereals, pulses, oilseeds, onion, and potatoes from the trade regulation except in crises such as famine, extraordinary price rise, and natural calamity of grave nature. This means the removal of the above-mentioned items from the list of essential commodities and deregulating the production, storage, movement, and distribution of these food commodities. It allows agribusiness to stock food articles and removes the government’s ability to impose restrictions arbitrarily. This deregulation attracts private sector/ foreign direct investment into the agricultural sector. This can facilitate the supply of Indian farm produce to national and global markets.

However, easing of regulation of food items would lead to exporters, processors and traders hoarding farm produce during the harvest season when prices are low and release when prices increase, which may undermine food security.

Days after the laws were passed, farmers in Punjab started protests which gained attention all over India. Farmers across the country came out in support in response to a call by the All India Kisan Sangharsh Coordination Committee (AIKSCC). With the protests growing intense, the government decided to suspend the laws for 18 months and set up a joint committee to discuss the legislation. Any proposals were, in the end, rejected by the farmers. Finally on November 19, the Prime Minister of India announced the repeal of the farm laws.

The year-long protest resulted in the victory of farmers following the cabinet meeting on 26th November in which the repeal of laws was added as a priority for the coming winter session. However, the question of Minimum Support Price, which is one of the main objectives of the protest, is yet to be answered among others.

The repeal would make the current and future governments cautious when considering reforms in the rural agricultural economy. Many advocates of agricultural reform agree that these laws would have been beneficial had the government not rushed the decision and aimed for wider acceptance by making any necessary modifications. We are yet to discover whether the update by the government is just for namesake or implemented for real. 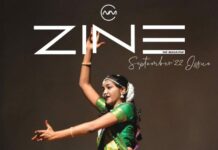