Visual media has arguably managed to take up a large part of our daily lives, be it devouring some quality time with our friends and family or just relaxing on the couch after dinner. And if you are someone who lives alone, what’s better than to lie back and end the day on a sweet note by watching a good old movie with some, say (not over-expensive) popcorn?

Many ‘Over-the-top’ (OTT) platforms, like Netflix and HBO max, offer a plethora of content to their audience in a single place, unlike the hassle that one goes through to watch a show at a theatre, and god forbid, miss an entire half of the movie. These services have enabled the comfort of watching a ton of engaging movies and TV series at our own leisure. Along with streaming original shows and personalizing the viewer’s content, OTT platforms provide a golden opportunity to many low-budget producers to showcase their content without any restrictions or, as we like to call it, without any “Favoritism”.

Theatres, however, have their own charm. A treat to nostalgia. We see crowds packed shoulder to shoulder to cheer on their favourite actors. Business booms at the snacks bar with rocket-high prices for accessible and readily available treats. Besides the full economic gains that the whole setup witnesses, there is also the fan experience. Sitting down in a hall full of strangers who are consuming and reacting to the same content as you, and franchise cinema fans uniting makes the experience all the more engaging. It’s even proven that we laugh harder in groups than when we are alone. Distractions are less, and we are less likely to be on our phones and multitask because of the high-quality sound system.

Speaking of quality, it’s not very likely that a large population has access to OTTs, be it having to transact money online or just not having the device specifics to view them. For instance, people belonging to Generation X who seem doubtful of online transactions, and rightfully so, are less likely to get a premium membership. However, with affordable internet deals and the rising number of smartphone users in the country, it’s hard not to shift to online streaming platforms. According to Counterpoint, the top 5 metro cities of India alone account for 55 percent of the total OTT users. The same study also indicated that 89 percent of Indian OTT users are accounted for by young adults who are 35 years old or younger.

A large part of the population is slowly shifting towards content that is relatable and that builds a connection with the characters, which OTTs promise, rather than hooting for unreal and stereotypical plots. In the case of theatres, the box office collections are purely based on the star-power of their cast. On the other hand, producers and actors who work for OTT platforms get their rightful share of profit irrespective of their public status. Of course, theatres will hold on to their nostalgic aesthetic, and the fact remains that theatre was and still is a large part of cinema culture. In countries like India, these very over-hyped actors are what create an environment of togetherness by providing a way for fans to come together irrespective of their unique preferences.

On 25th February, the government of India had released a set of guidelines to be followed by digital news, social media, and OTT platforms. This course of action calls for a three-tier regulation within the online streaming services. The first one being ‘self-classifying’ content into five main categories based on age, i.e. U (Universal), U/A 7+, U/A 13+, U/A 16+, and A (Adult) respectfully. Additionally, online platforms are required to implement parental locks for any content that is classified as U/A 13+ and above. The guidelines also require the said platforms to arrange an authenticated system to readily verify the age of the audience for content classified under ‘A’.

Apart from this, the Information & Broadcasting Minister Prakash Javadekar added that the producer of online curated content shall duly display a content descriptor informing the user about the nature of the content prior to every program, enabling the user to make an informed decision before consuming the content.

OTT platforms have proved to the world that they are here to stay by streaming local content worldwide, thereby increasing their outreach more so than theatres themselves. Warner Bros has recently announced that they will be streaming their movies on HBO max, their streaming service, on the same day as the theatrical release of the movie. This obviously doesn’t sit well with renowned actors and filmmakers and fairly enough, a large part of their profits come from the day of the theatrical release apart from how good the movie did at the box office. It really is a question of convenience and the price the audience pay to avail of the same service, but with different experiences. Granted, it is safe to say that OTTs and theatres hold the scope to co-exist in a modernized society, but the main question still lies. Are we ready for the big transition? 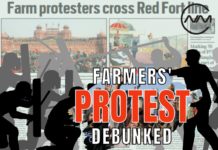 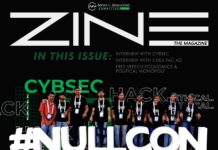