Since obtaining their freedoms in 1947 from the British empire, and even after fighting 3 major wars over a sliver of land, India and Pakistan have not let bygones be bygones. In the recent summer session of UN General Assembly held between 21st- 29th of September in New York City, India and Pakistan had exchanged a wordful-war which was worth bringing out the popcorn for the drama as it unfolded. This exchange which was volleyed with high-sass level remarks and outright accusations highlighted how efficient our foreign ministry is at handing our opponents’ asses to themselves all the while maintaining the utmost diplomatic politeness.

It began on the 21st, a thursday, when the month-old appointed Pakistani prime minister -Shahid Khaqan Abbasi- made his international debut by delivering a speech which was laced with accusations against India. Not but three minutes into his speech, he mentioned Kashmir. He proclaimed that the Indian Armed Forces stationed in Kashmir were guilty of crimes against humanity and urged an “international investigation into India’s crimes in Kashmir”. He lauded Kashmir for it’s efforts to rid itself of the oppresive Indian rule, referring to Indian-occupied Kashmir(Iok) as “most intense example of foreign occupation”. Abbasi also promised strong retribution against India were it to cross the LoC(line of control a.k.a de facto boundary line).

In response to this explosive speech, India struck back. Hard.

Eenam Ghambir, first secretary in the Permanent Mission of India to the UN, responded by calling Pakistan a terrorist state. Using the right to reply, she had prodigiously renamed Pakistan as “Terroristan”(of which the unique pun-quality still makes me chortle) and called out Pakistan for its hypocrisy with this retort: “Even as terrorists thrive in Pakistan and roam its streets with impunity, we have heard it lecture about the protection of human rights in India. The world does not need lessons on democracy and human rights from a country whose own situation is charitably described as a failed state.”

This was followed by the highly publicised vicious reply of the Indian Foreign Minister – Sushma Swaraj. In her speech, she reported a list of programs implemented by the Modi government to combat the aimed ailments of India- poverty, sexism, unemployment and pollution. From Swacch Bharat(Clean India when translated into english) to Ujjawala(the free cylinder campaign), Sushma Swaraj rattled off about these programs detailing three specific ones. But the creme de la creme of her speech arrived when she called out Pakistan for housing, festering and promoting terrorists in the past decade whereas India has been developing it’s economy and society by producing doctors, scholars and engineers. Directly quoting, “We have marched ahead, consistently, without pause, in Education, Health and across the range of human welfare. We established scientific and technical institutions which are the pride of the world…. What have you produced? You have produced terrorists. Doctors save people from death; terrorists send them to death.”

After delivering the nail to this blow she continued on urging the UN to properly define terrorism and name the accused so that it can effectively fight it.

Dr. Maleeha Lodhi then made the most ignorant blunder, one which will haunt her for the rest of her diplomatic career, she held up a picture of the blood-splatterd-face of a young girl, the supposed victim of gun-pellet attacks by the Indian Army in Kashmir. She accompanied it by saying, “Shotgun pellets have blinded and maimed thousands of Kashmiris, including children. These and other brutalities clearly constitute war crimes and violate the Geneva conventions.”

Days later India responded by debunking the biggest pictorial error of this summer session, much to the entertainment of the world. Ms. Paulomi Tripathi, one of the youngest members of the Permanent Representation of India to the UN explained that it was not a picture of a victim of Kashmir pellet attacks, but instead was 17-yr-old Palestinian victim, Rawya abu Jom’a, photographed by Heidi Levine on the 14th of sept, 2014, as published in the New York Times on the 24th of march, 2015. Ms. Tripathi further showed a picture of true pain and violence, a picture of the body Lt. Umar Faiyaz, a young officer from the Indian State of Jammu and Kashmir who was kidnapped at a wedding celebration and brutally tortured and killed by Pakistan supported terrorists in May 2017.

All this strife and struggle begets the ultimate question: why do India and Pakistan still fight over measely Jammu and Kashmir even after 70 years of the inception of this conundrum?

This can be answered by going back to 1947(time for a history lesson). In october 1947, armed tribesmen from Pakistan(Lashkars)entered disputed territory. Faced with internal rebellion and external invasion, the Maharaja of then Jammu and Kashmir turned to India for help. It was agreed that Kashmir would accede itself to India in exchange for reprieve. This led to the first India-Pakistan war which ended in 1949. However it was only in 1957, after the creation of the Jammu and Kashmir constitution, was this state finally declared an integral part of India.

The problem now lies with the fact that this 60% muslim majority-state is partially controlled by Pakistan, China and India. Pakistan claims for Kashmir on grounds of it being muslim-dominated and desires to free local Kashmiris from India oppresive rule. India claims Jammu and Kashmir as per the decision of surrender by the Maharaja back in 1947, thereby rightly aquisceing this territory.

However India will never concede Kashmir(honestly is it worth the trouble?) for fear of encouraging other independence-mongering states.

And thus the saga continues.

All the while this wordful-war and other India-Pakistan interactions have provided much entertainment, one should not forget the gravity behind this enemity, price of which several Jawans pay with their lives. While I cannot produce a suitable solution for a 70-years long dispute, I can fervently hope that the currently charged atmosphere between these nuclear-armed neighbors does not ignite into a full-scale war. For the casualities of it will born by the common man, once again exploited at the hands of the powerful. 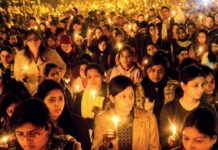 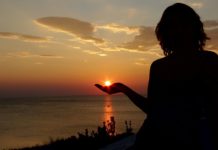 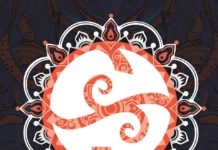 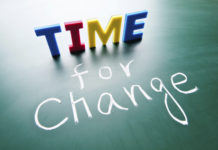 An alternative to the Batch System